A Search for the Genesis of Love 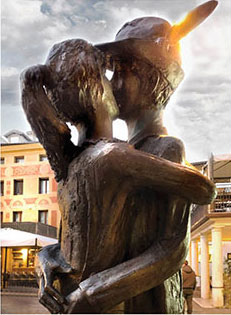 Fast-forward to 1,418 AD, a public competition was created to find their 'King Arthur' to guide them to complete the dome on their open-air church. A local civil servant had a young son trained as a master metal smith, named Filippo Brunelleschi. His father believed in, and loved Filippo so greatly that he con­vinced him to enter the competition; telling him he would WIN and forever change the world.

Pre-Brunelleschi, buildings were created from scaled models. He went on to change the world and created an order of drawings that we refer to now as modern architecture for which he is forever known as the 'Godfather of Archi­tecture.' He also developed the mechanics to create perspective drawings through the use of vanishing points that become a foundation for all modern ort. His other accomplishments ore too numerous to list, but through a father's LOVE, a young man had a "profound and unanticipated influence on the rise of our modern sciences."The town's wisest elders, along with Filippo, were given a single uncooked egg and block of marble. The winner would be able to stand their egg upright on the marble without the use of tools or props. While the most accomplished tried various technics of balancing the egg, Brunelleschi who grew up on a form, TAPPED the top of the egg where he knew the air pocket hid. It stood perfectly on end! The challengers said "Hey .. that's not fair. You can't do that!" Brunelleschi said proudly, "But I did it! And, while I was the first to think of this, I also will be the FIRST to guide this great city to build their dome." And so he did. 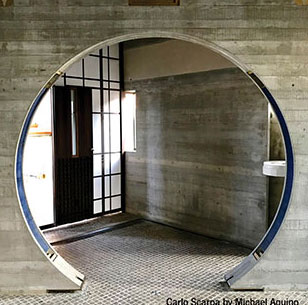 So, perhaps love is their connective tissue, but then I recalled my visit to see the works of the great Italian architect Corio Scarpa and questioned if there was really any love in his work, or perhaps it was quite the opposite?

When I first saw Carlo's creations, it was mind-boggling; I couldn't tell if he was influenced by primitive Mayans, or an extraterrestrial life form. Every move is seductive, deliberate, but equally unexpected. There is no center. There is no explained rhythm, but the rhythms he uses, become mesmerizing. The only clue you ore given, what is expected, he will refrain from and taunt you with the beginning of something familiar. Just as you understand what he is doing, he will move away, and then back again, but left this time. 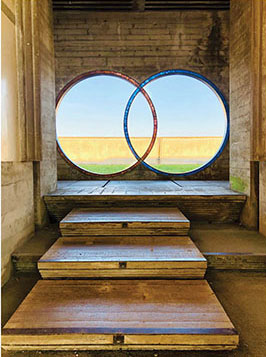 When do we try to keep someone guessing and equally capture them? The answer was clear. When we are enmeshed in the pursuit of a passionate love affair. In the throes of the seduction, like the perfect kiss, locking eyes, feeling their breath stutter, knowing it's imminent, yet they pull back, lightly grazing the nape of your neck, gently brushing their lips across your forehead, and then pull away again. This is how I would describe Carlo Scarpa's architectural work.

Carlo was able to take LOVE and weave it through his creations to translating a perfect love affair into his structures. What a gift I had to start to understand that what LOVE in Italy is! It's playing with the unknowns, attempting what others have feared to try, believing in our family, but how far back does this practice date? 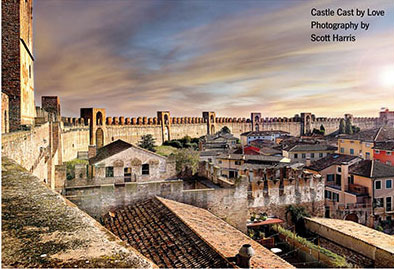 Before traveling to Italy, I first experienced Prada and Versace, as I walked the Citadel, an outlet mall adjacent to Interstate 5. I was fortunate on this trip to be able to experience true history, live, as I breathed in, and touched the true castle appropriately called, 'Cittadella of Alessandria', one of the most well preserved castle walls throughout Europe where the first modern Italian flag was raised. Its city-founding dates back 5,000 years and just shy of 800 years prior, millions of handmade bricks created the walls I was now stand­ing on. To better understand the magnitude of these castle walls, you have toabsorb that it takes nearly one hour to walk the perimeter of this ancient city still flourishing today.

I thought castles only existed in Hollywood movies, but I realized a castle wasn't a castle as I've been shown; it was a wall, or a fortress to an inner city. The beautiful undulations at the wall tops that I've tried to emulate in my buildings were not created for architectural beauty; they were designed to allow the defenders to take cover, while simultaneously catapulting their most advanced weapons from the adjacent openings. For the first moment, halfway through my life, I understood where the term "evil" came from when referring to the "medieval" period. 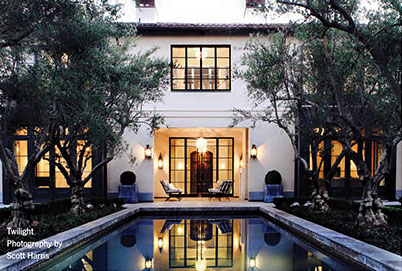 So maybe love did not exist during the genesis of this great country and it was built on the backs of brutal, ironclad warriors? But then, when you see inside the castle walls, the most amazing family homes, cafes, businesses and small outdoor theatres that have stood for close to a thousand years, you realize that what built these walls was a LOVE for community, a LOVE for its people and a LOVE for peace.

So while it may appear that they were striving for independence, just as if you are trying to win someone over in love, you discover that while they may have histori­cally mighty walls rising, they want nothing more than a safe connection with you. 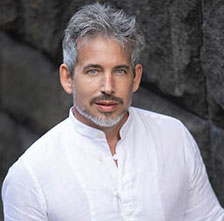 From the rise of Rome, as they illuminated the Dark Ages, from sculptors to weavers, from designers to chefs, from mathematicians to physicists; Italy has clearly had one of the most profoundly transformative effects on our modern world. Their artisans all share one philosophy. They weave love fearlessly and passionately through their fabric of what they create in a way others feared to try. I have concluded that perhaps Italy is the original Garden of Eden where LOVE originated from, and while we all come upon the same serpent in our lives, I now better understand how to neutralize the serpent's words. I have been taught that if you allow it, LOVE does truly fuel our existence on a cellular level.

Read 5405 times Last modified on Friday, 01 February 2019 21:35
Tweet
Published in Travel
Tagged under
More in this category: « SLS Baha Mar The Opal Sands Resort on the West Coast of Florida »
back to top 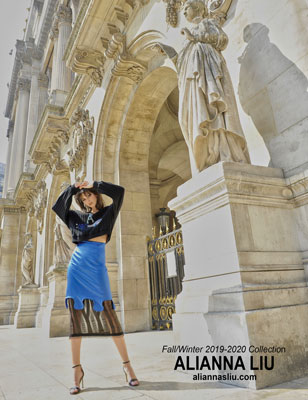 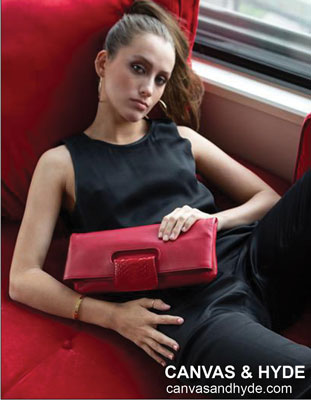 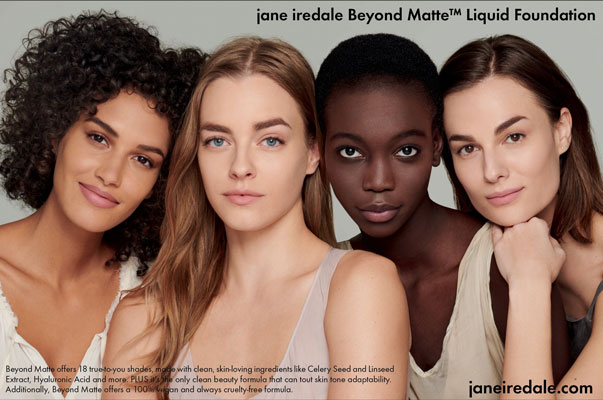 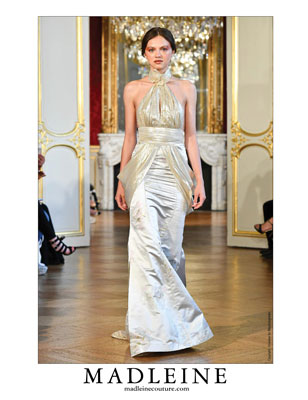 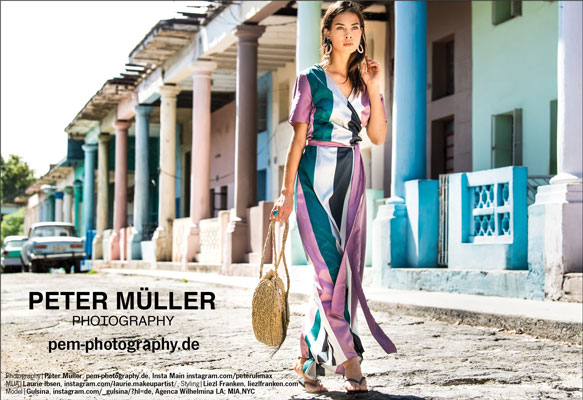 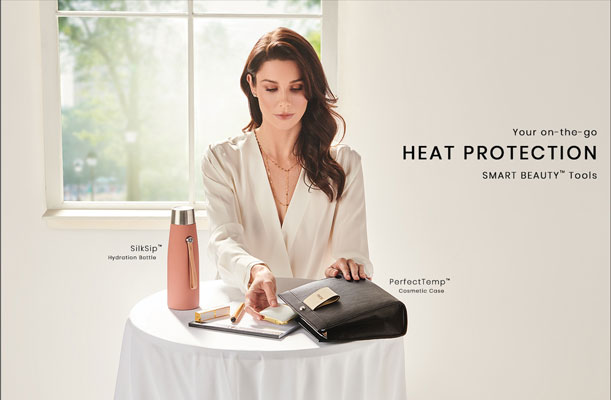 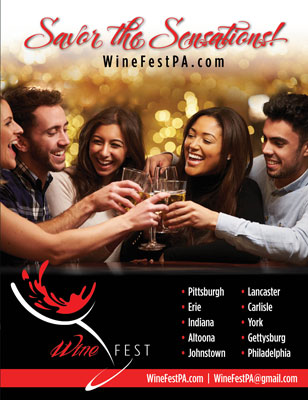